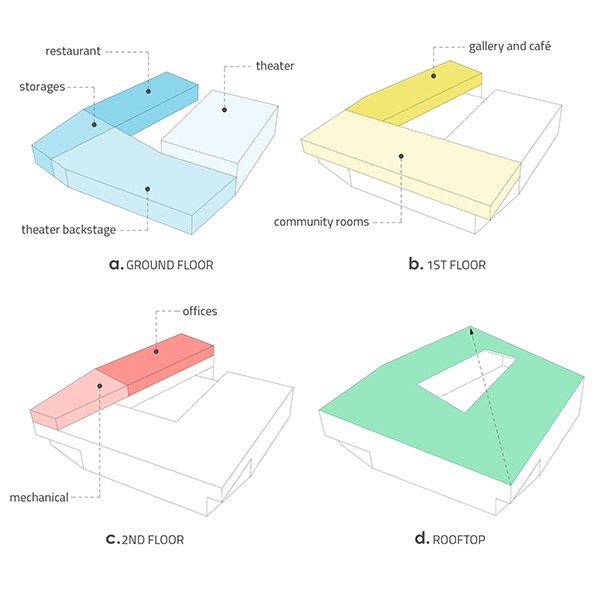 In 1969 a panel housing estate was founded on the northeastern border of Budapest, in a wheat field and a former cemetery. It was named Ujpalota. 104 panel buildings (5, 7, 11, 13 and 15-storey blocks) were planned for the area, containing 14,105 flats with an average floor space of 52.6 m2 (566 sq ft)
An appropriate size community centre is still missing for the district.
The main concept of the plan - besides the layering of simultaneity - is that Ujpalota shouts out for an architectural symbol for its intellectual identity. A concept of duality, where the existing strict, stiff urban panel structure system meets an airy, flexible architectural language defined in a new identical space. The new building keeps the existing coordinate system while orienting to the organic walking paths developed over 50 years by the residential community. 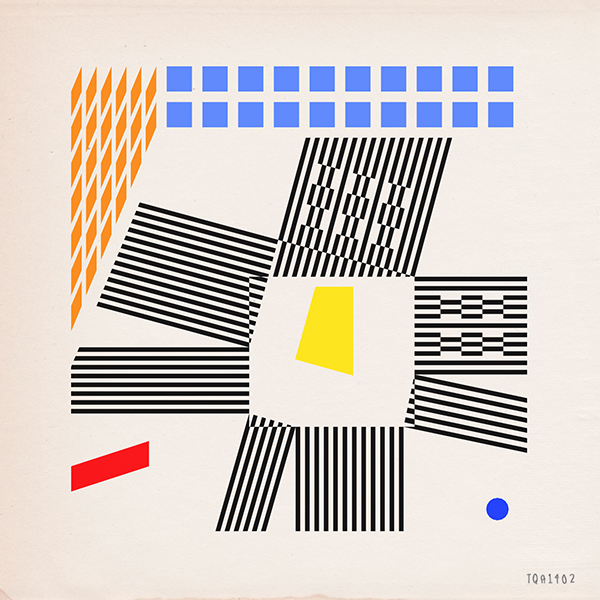 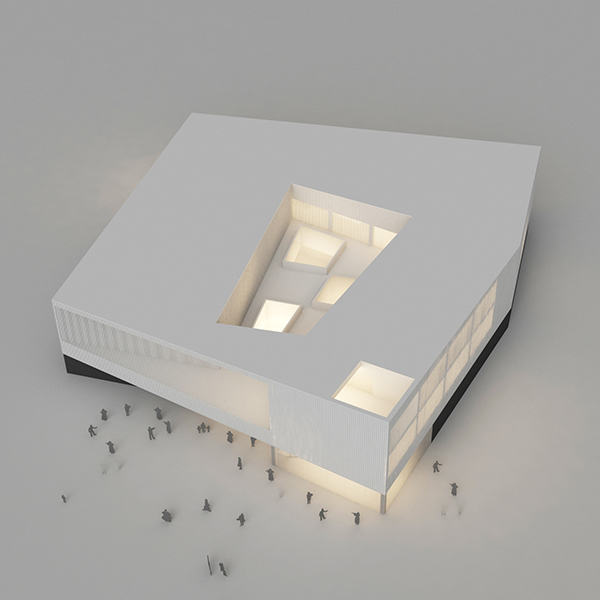 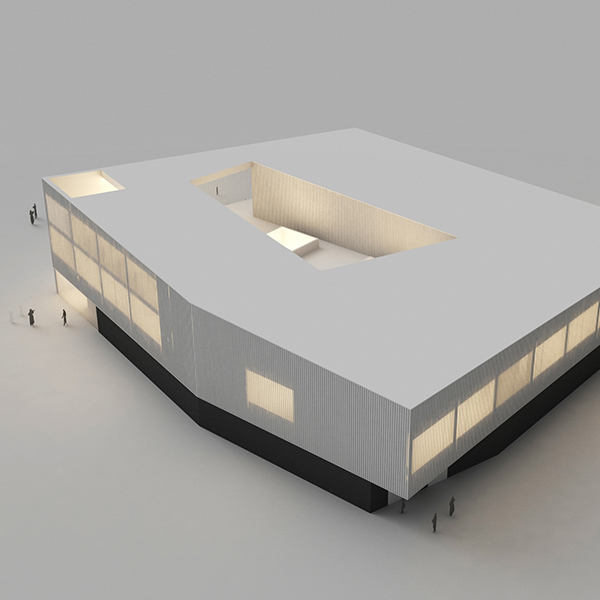 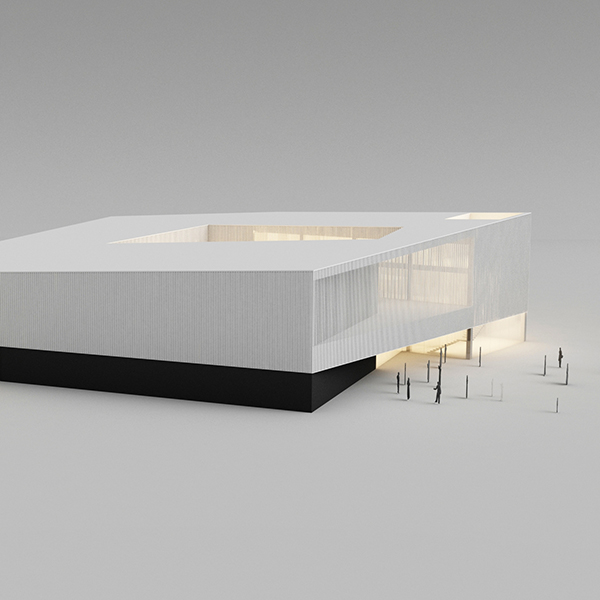 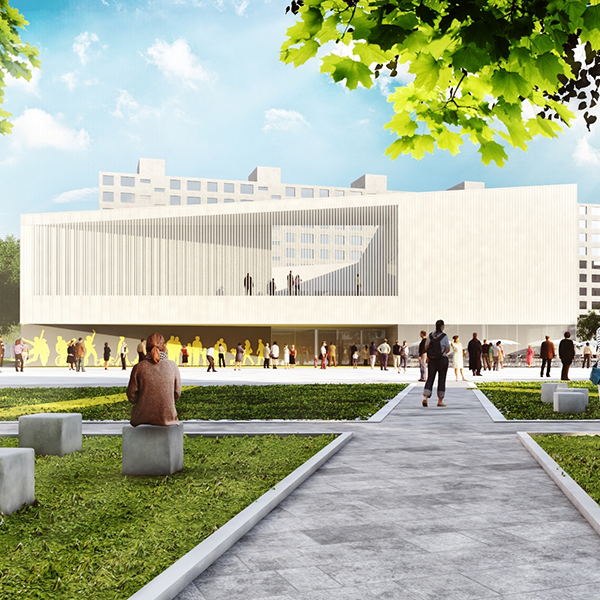 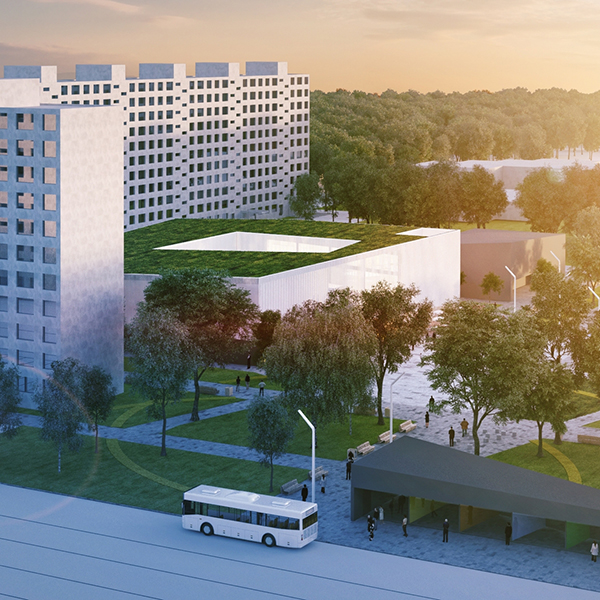 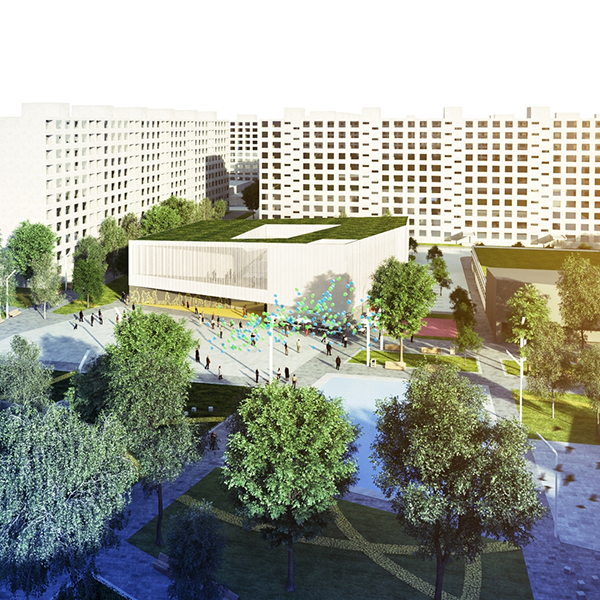 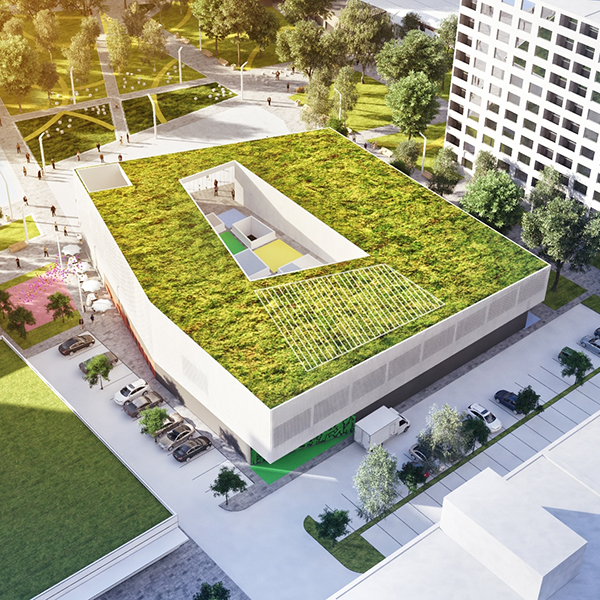 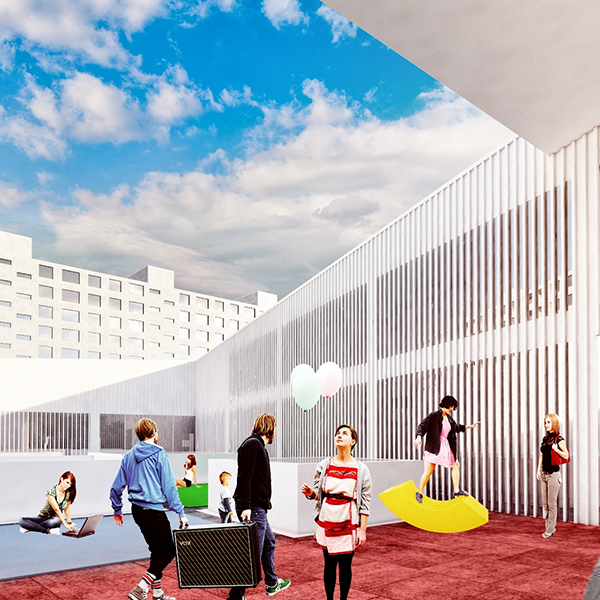 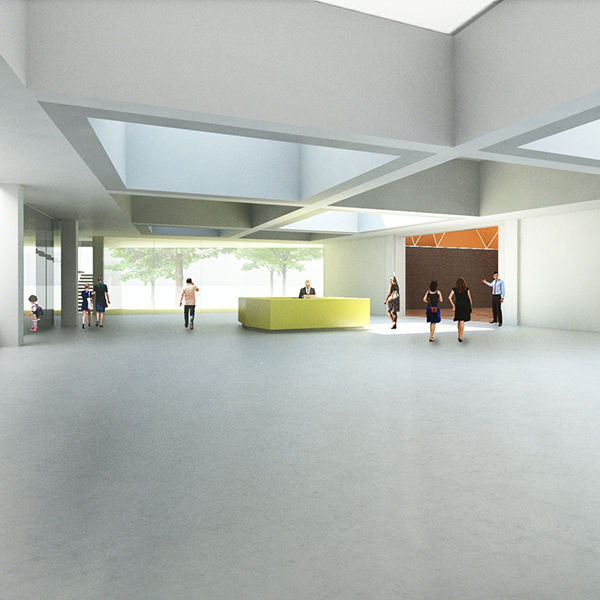 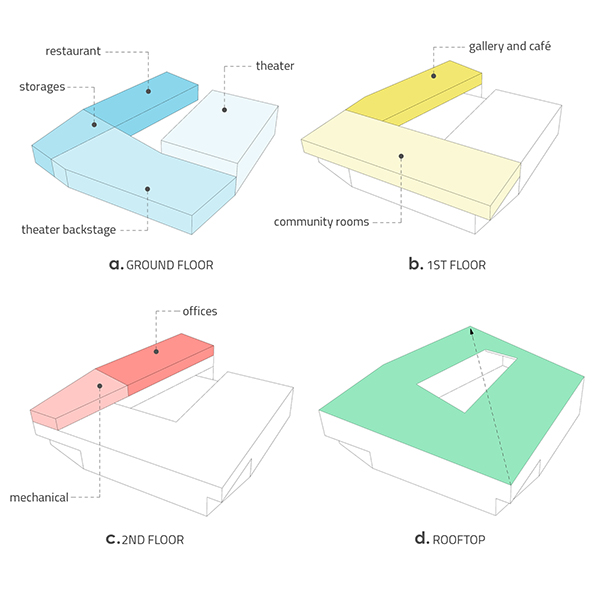 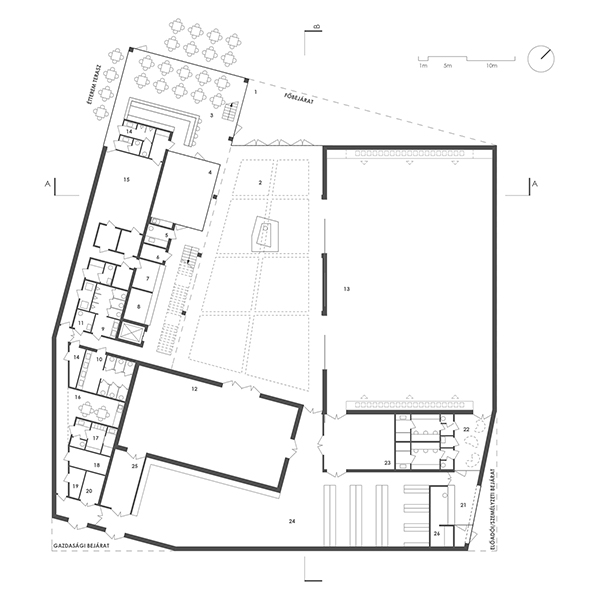 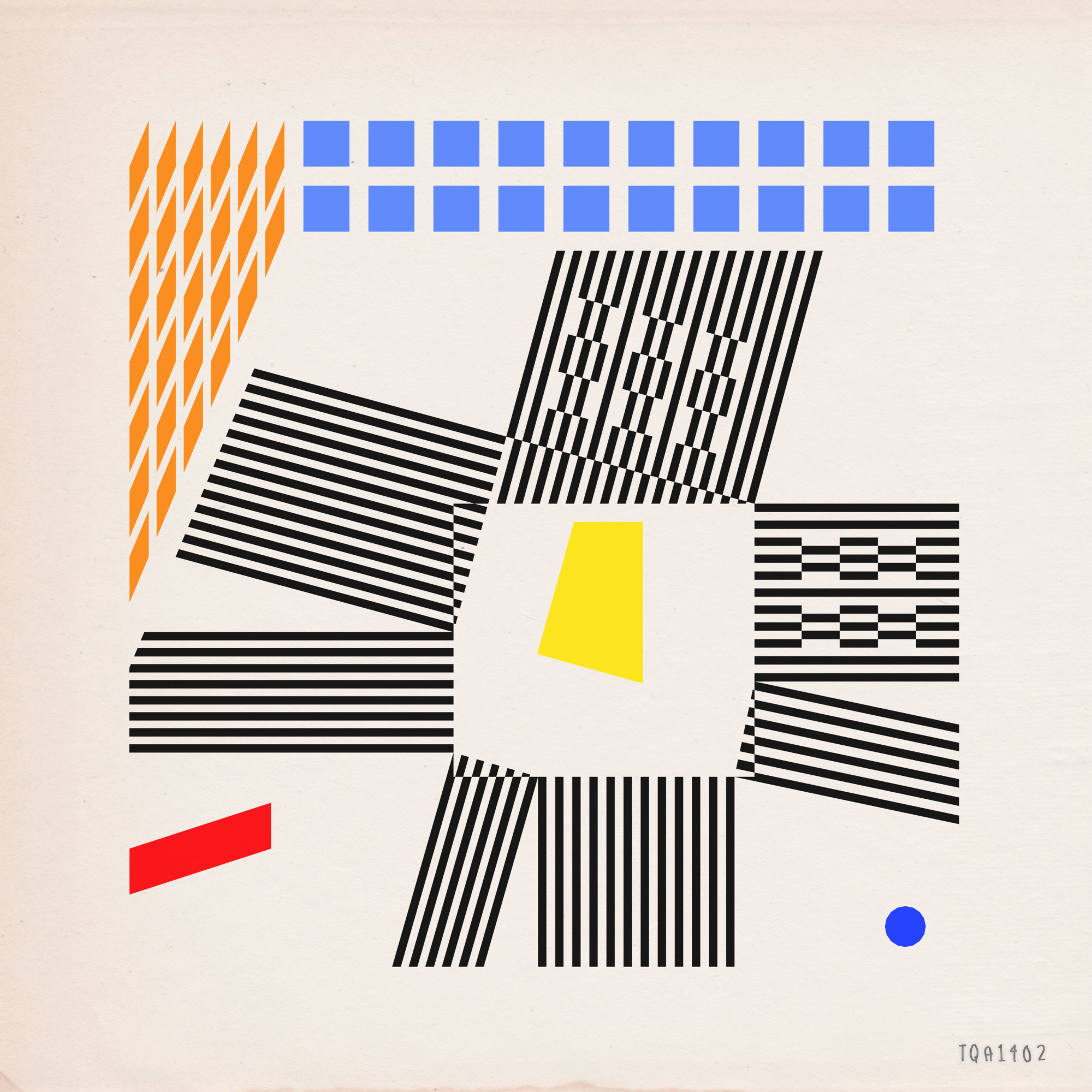 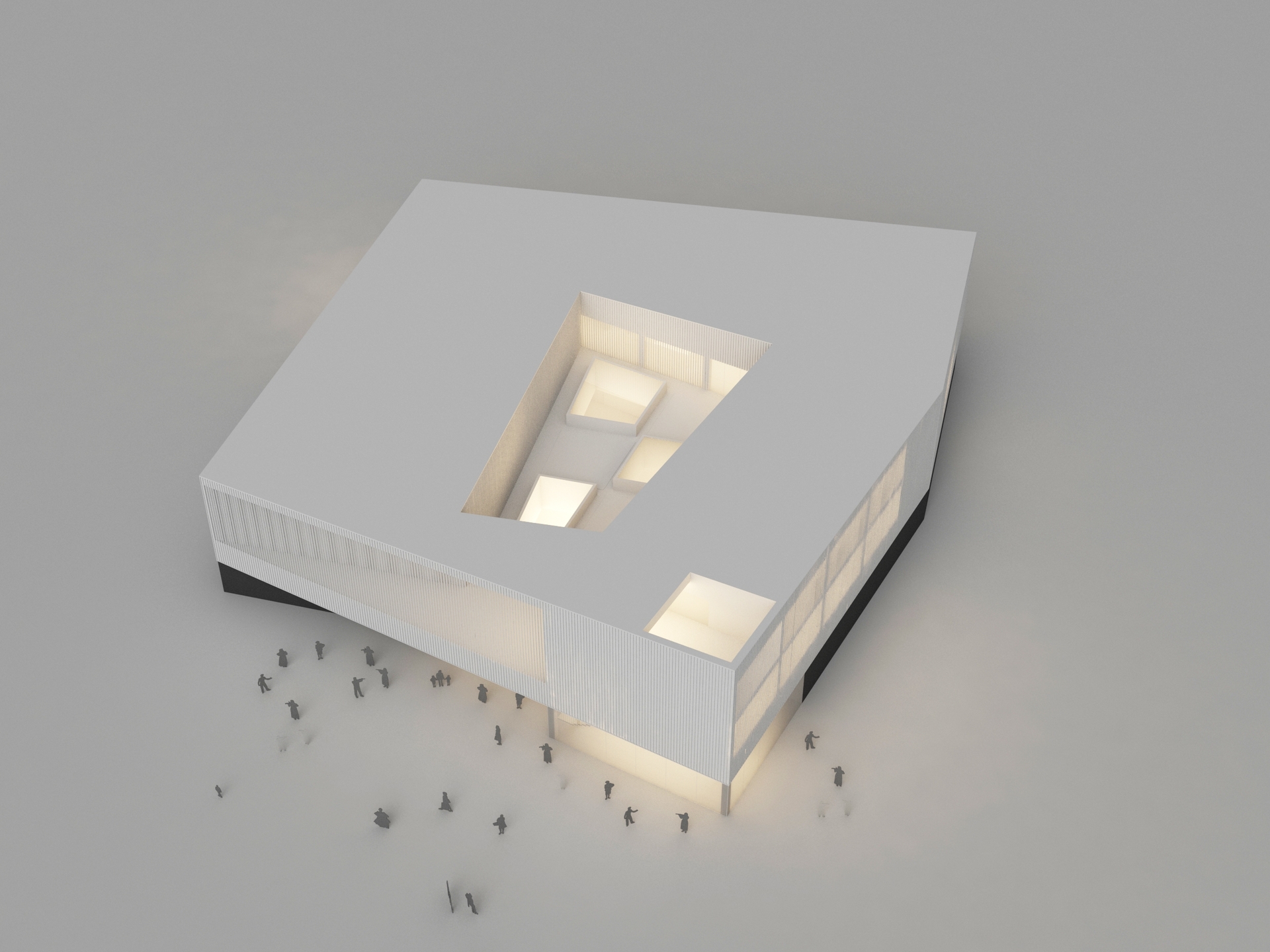 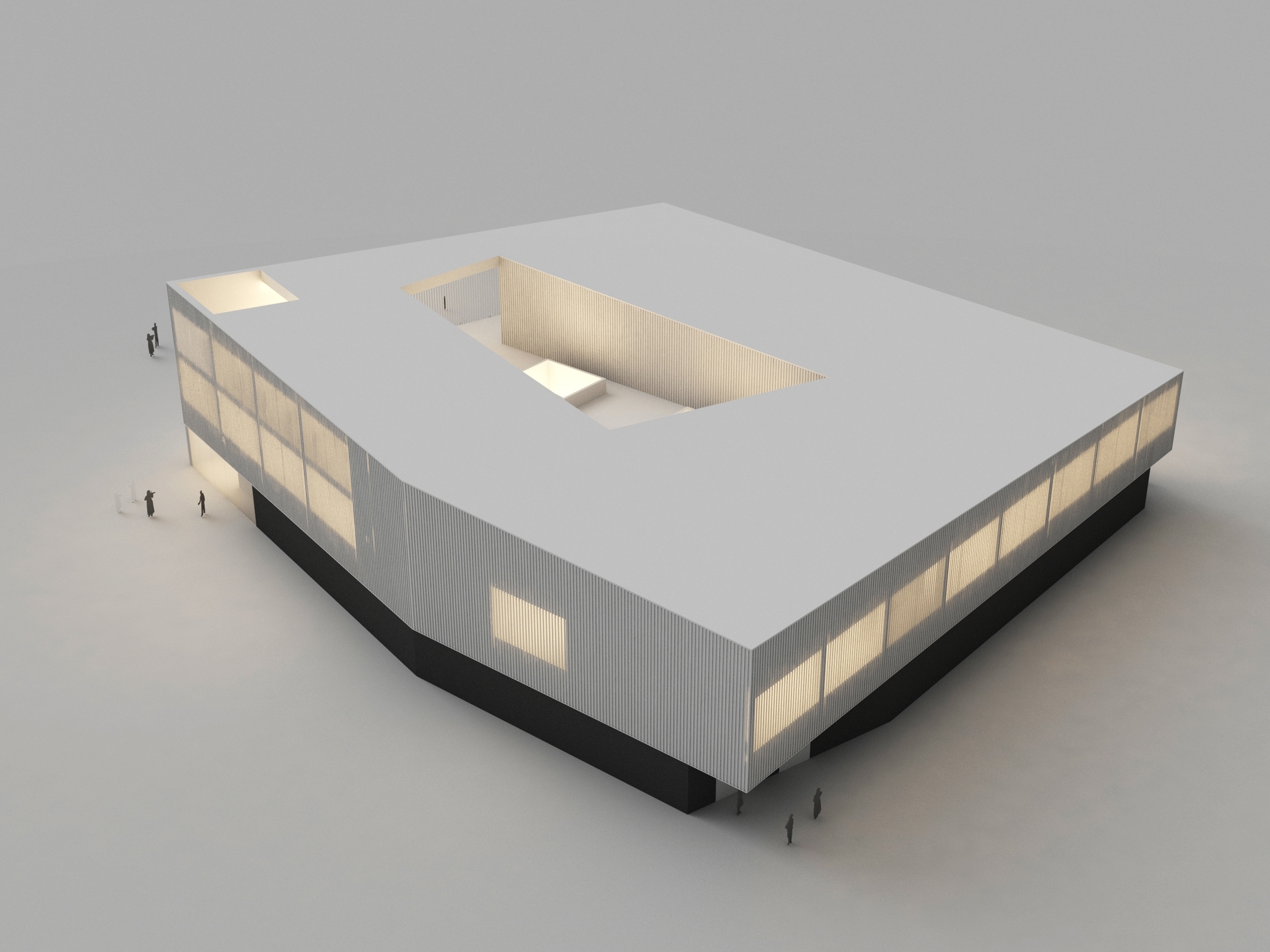 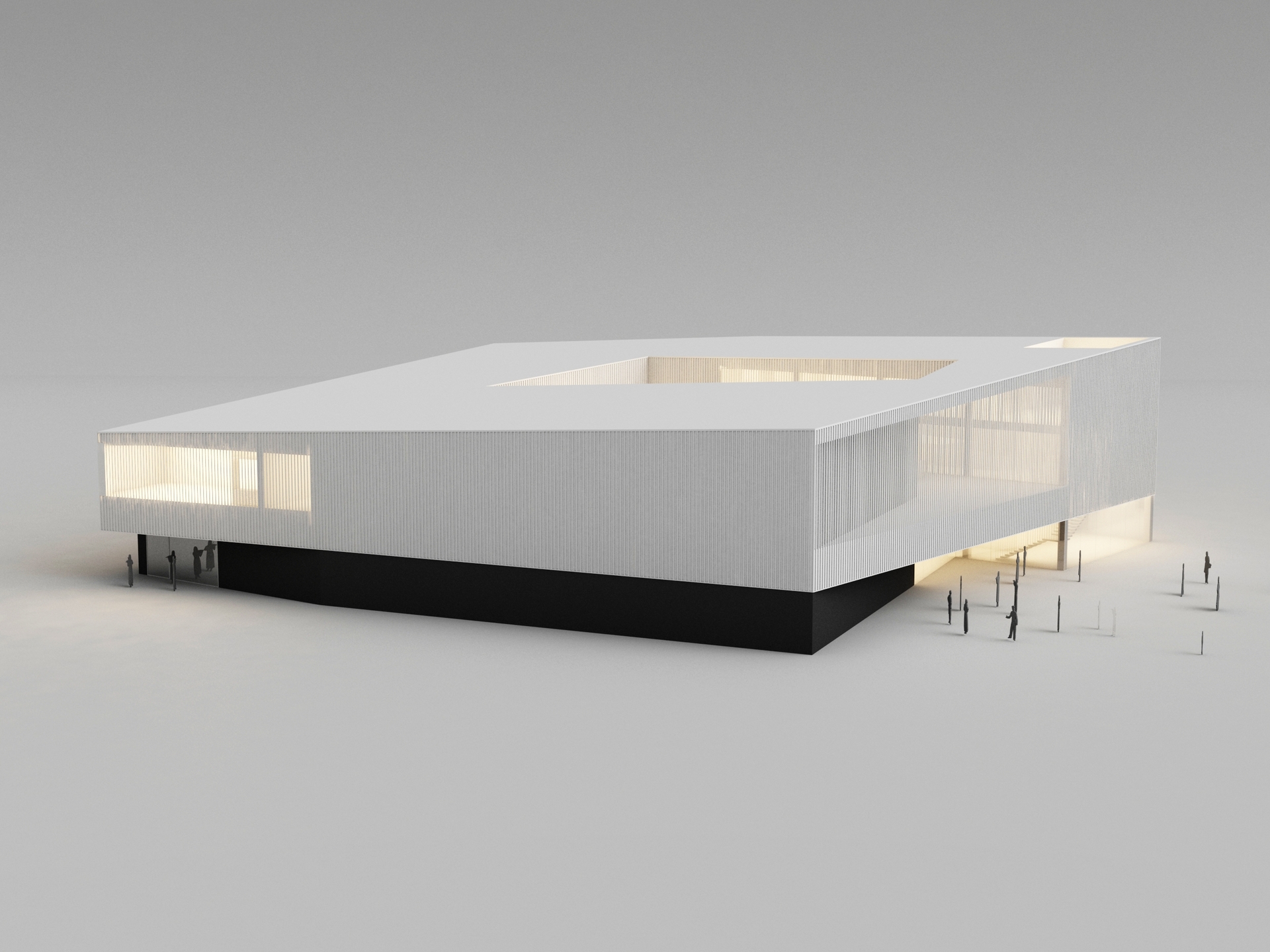 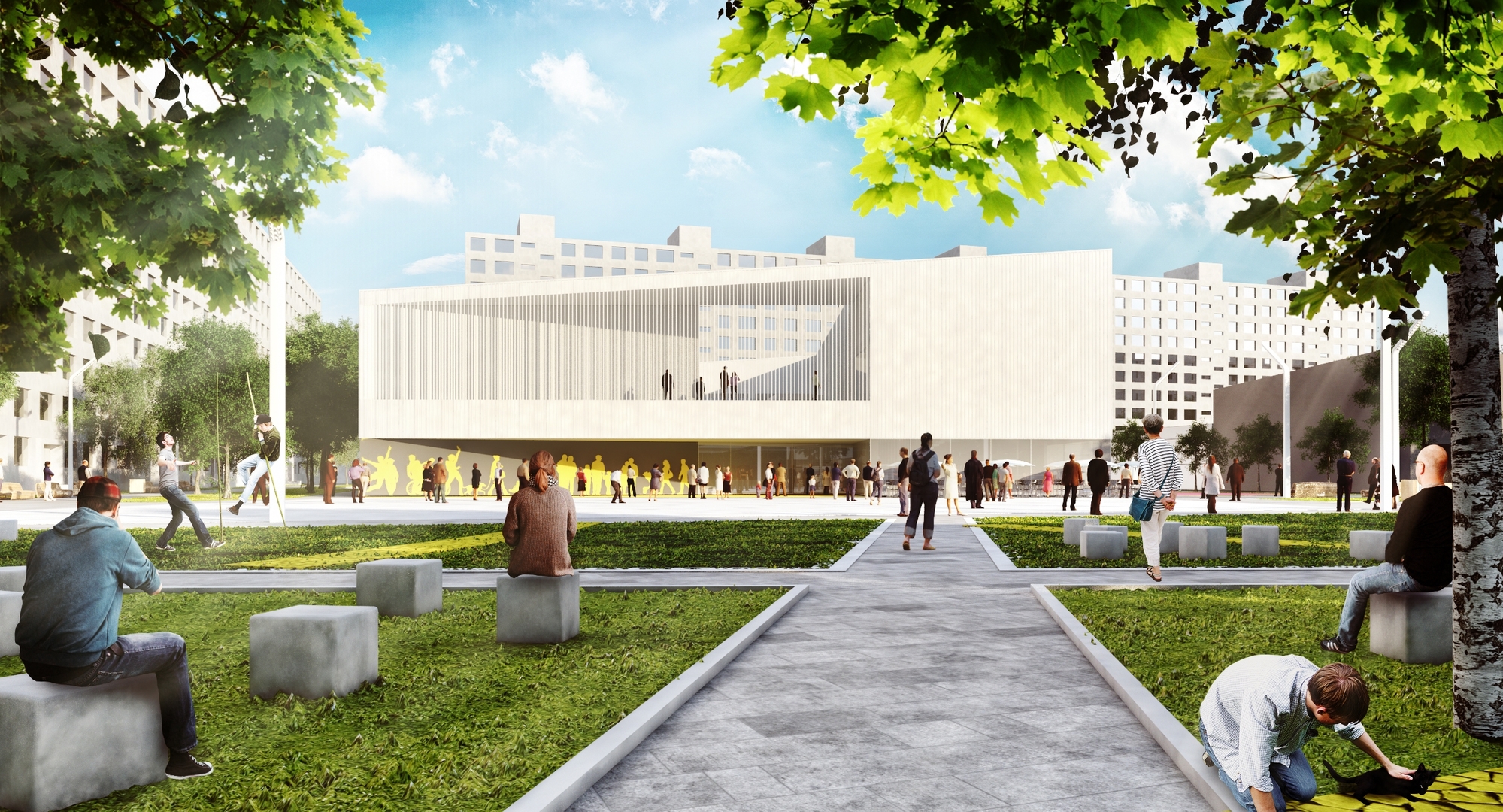 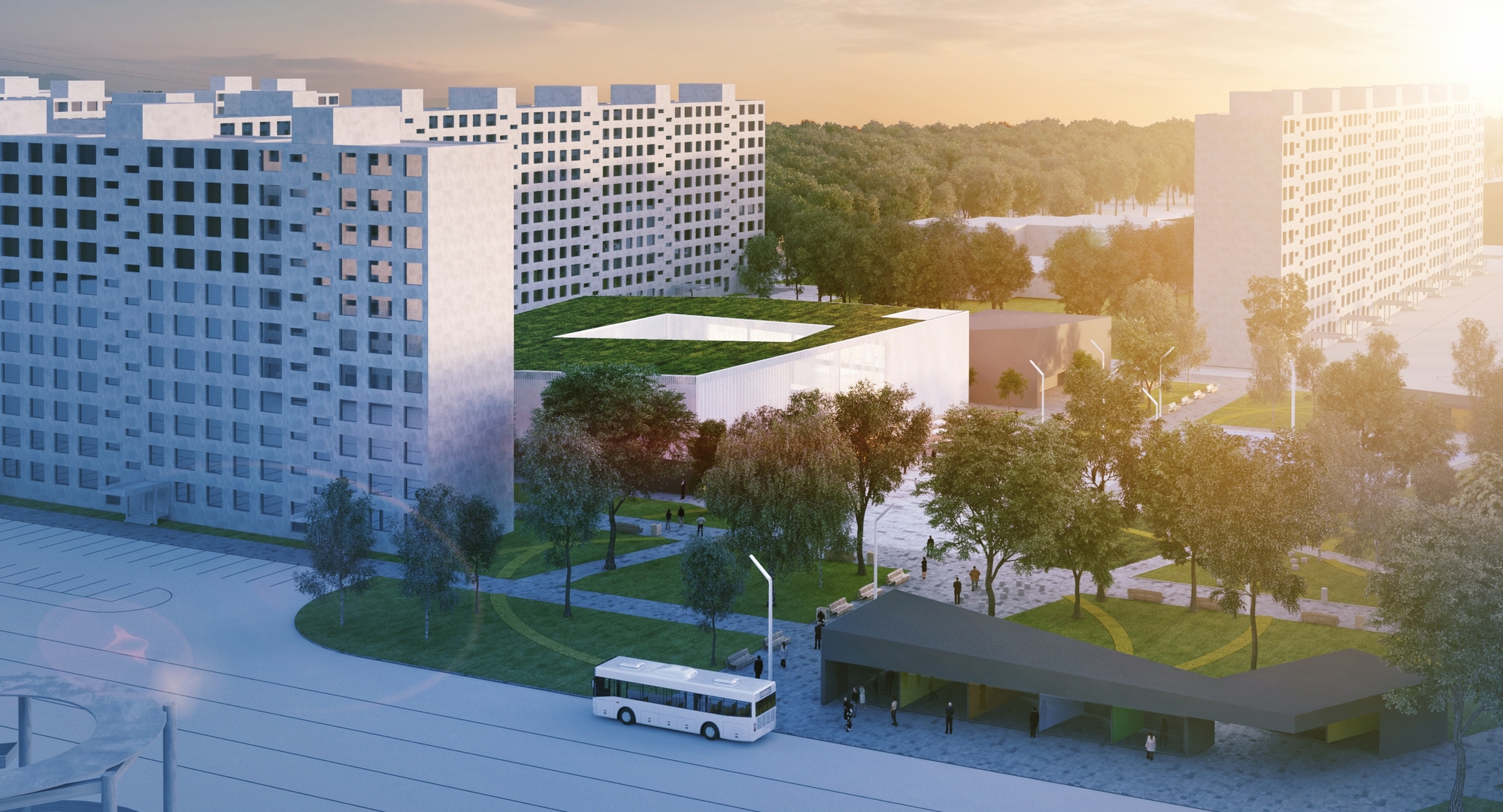 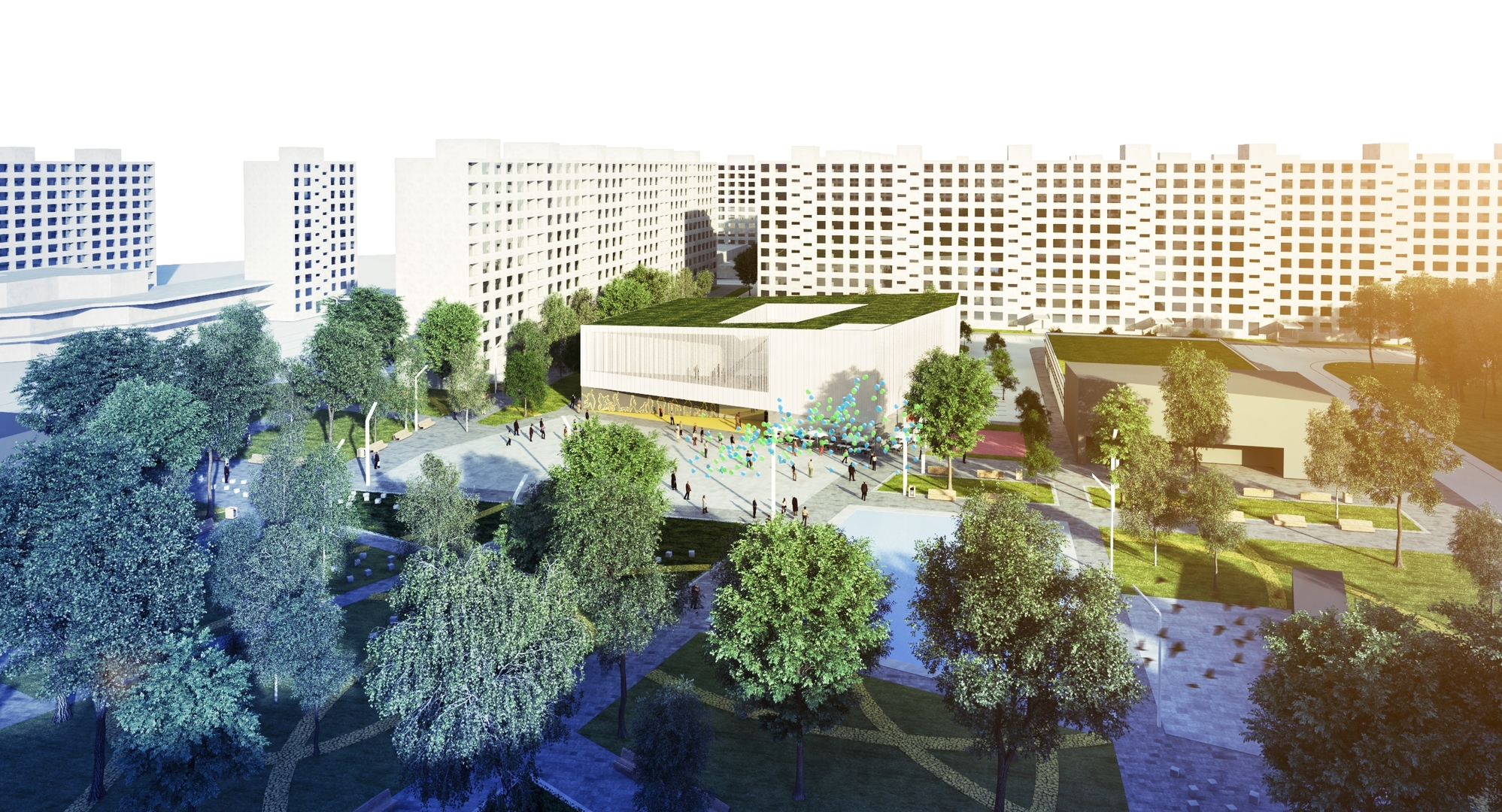 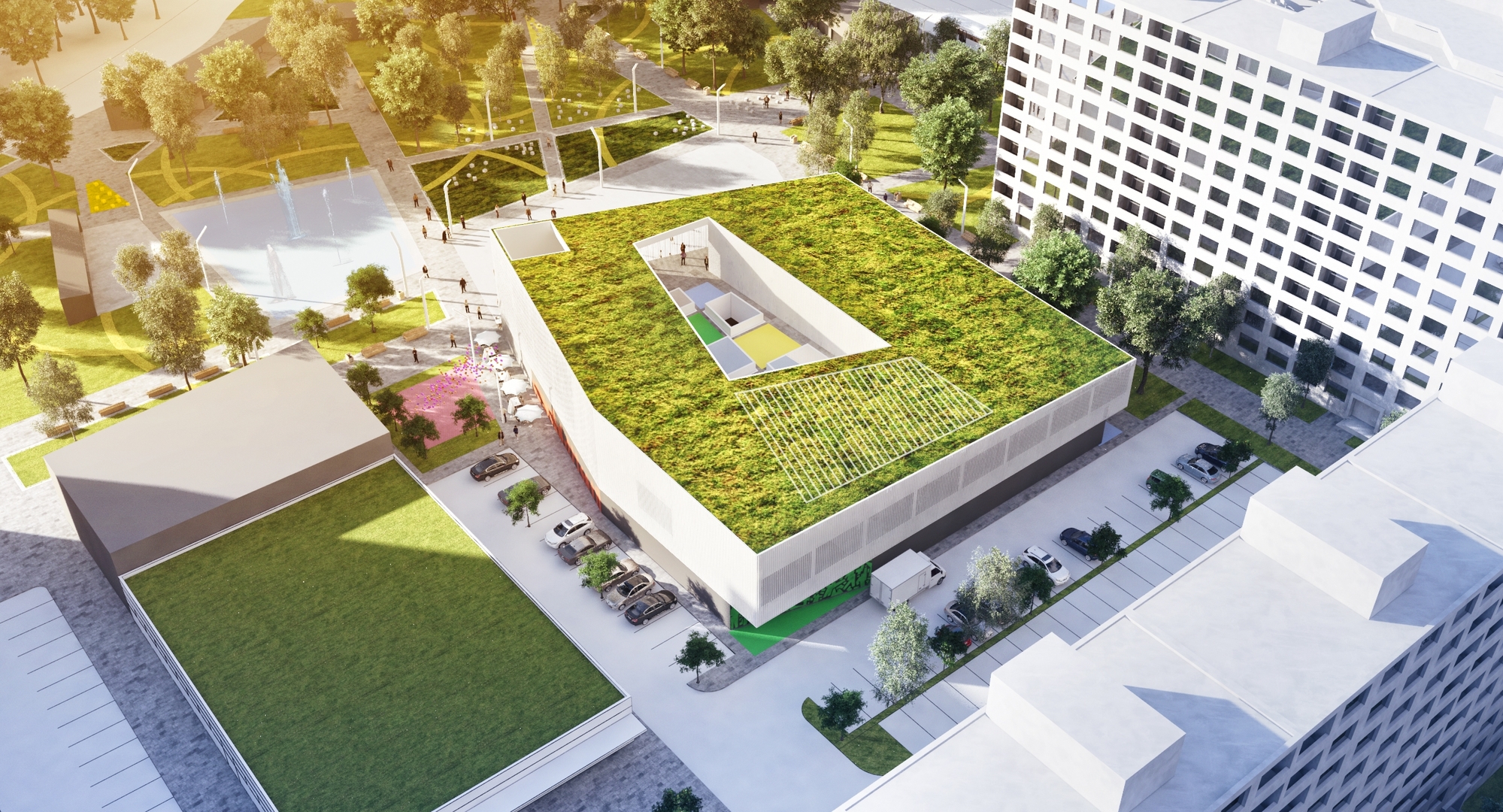 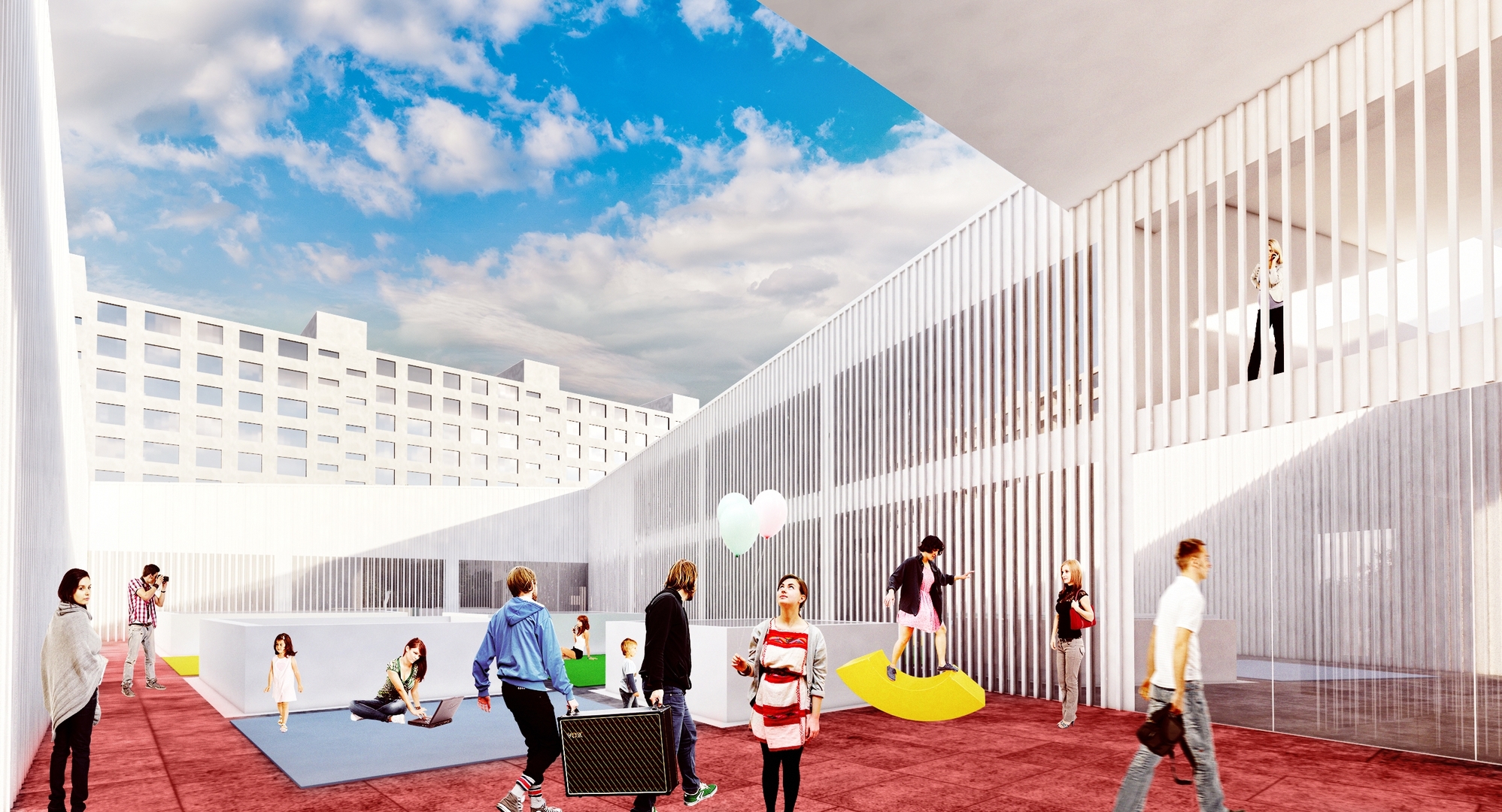 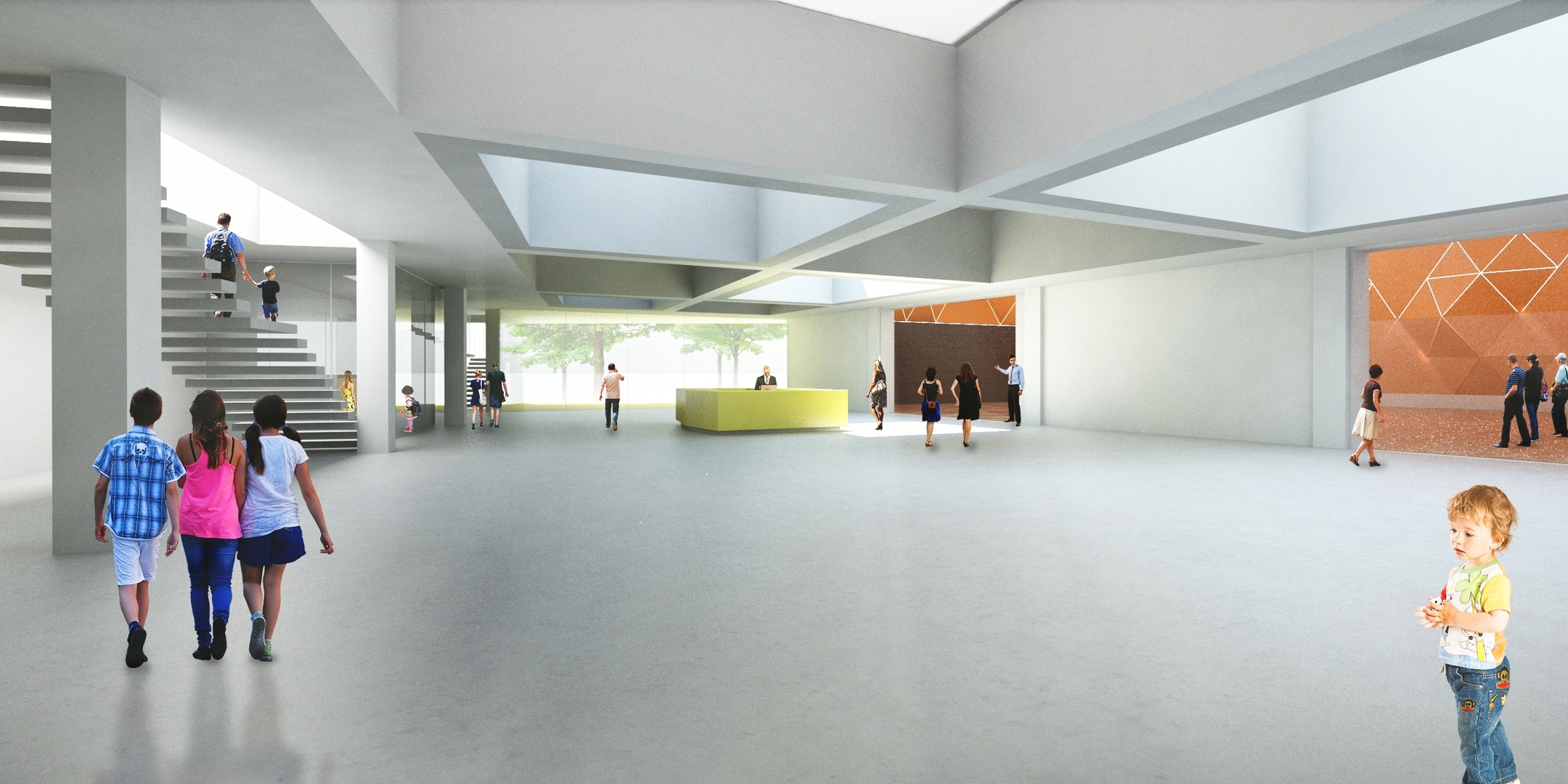 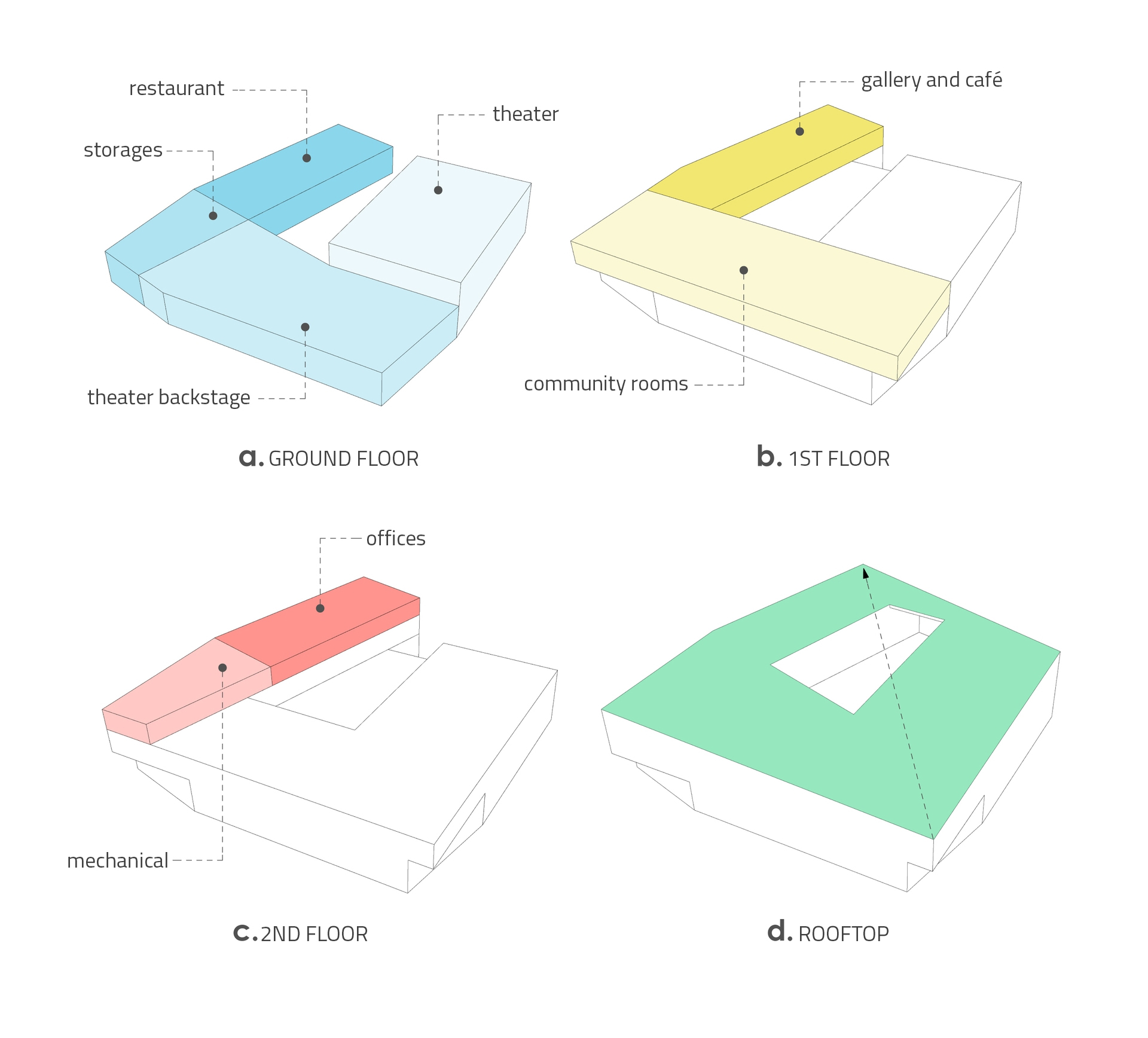 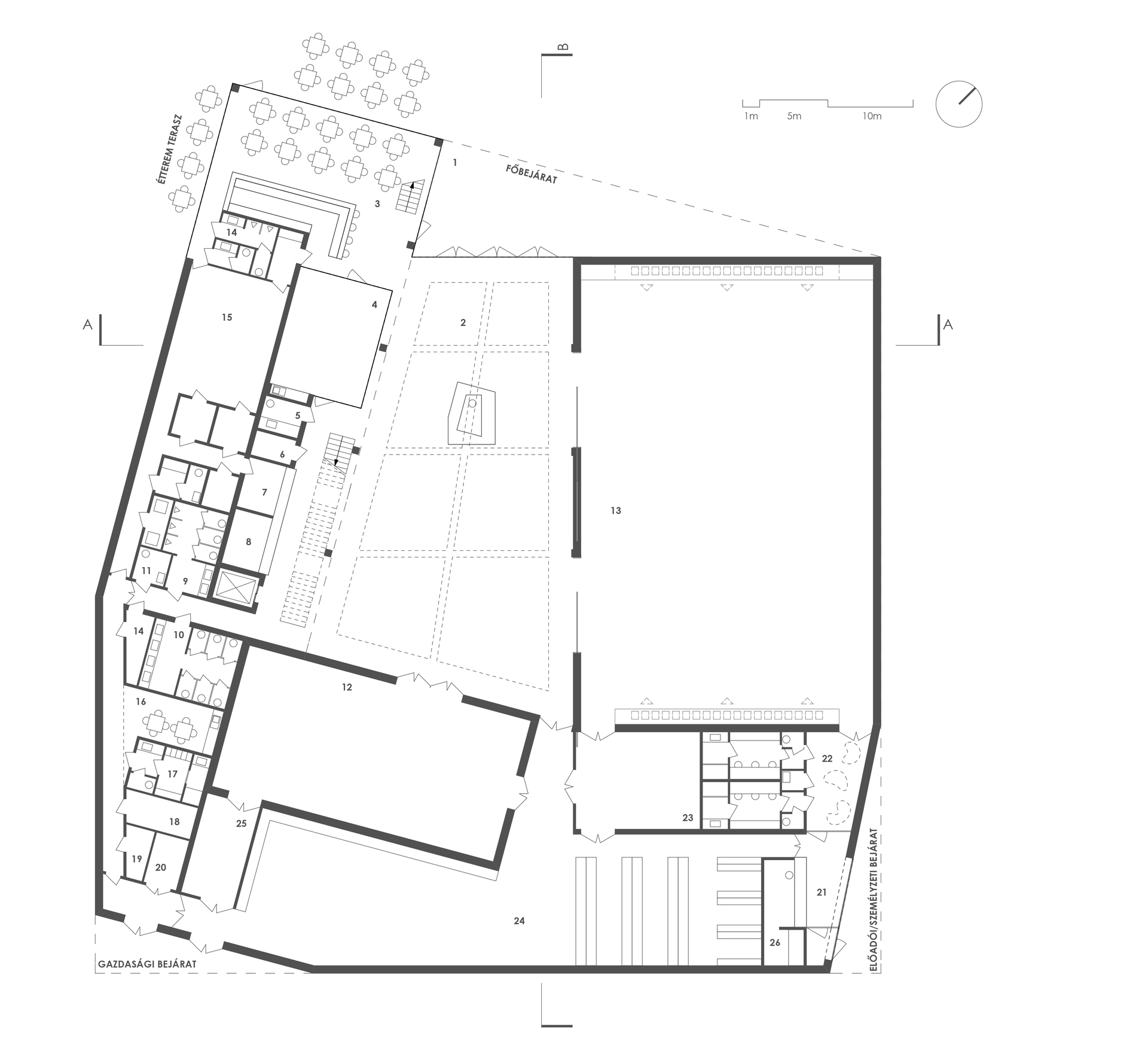